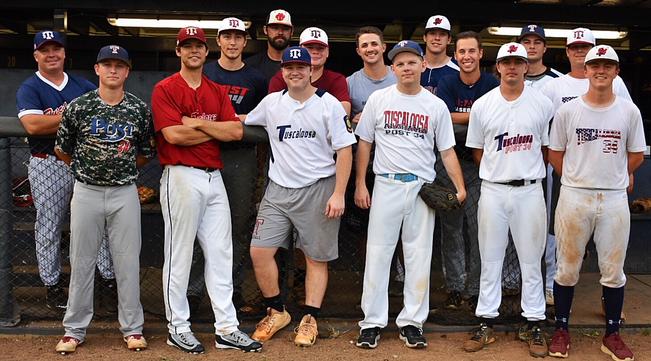 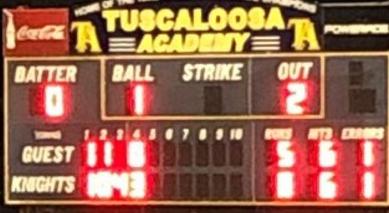 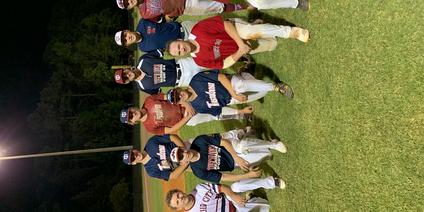 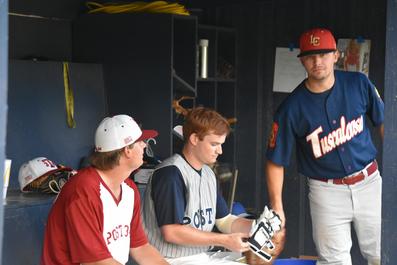 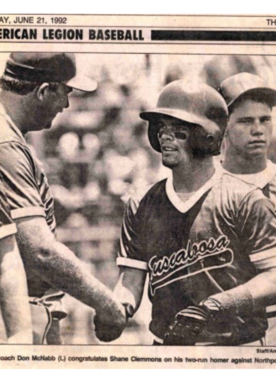 Thanks to the 2020 group of Old Timers who braved embarrasment and injury for one more moment of glory! 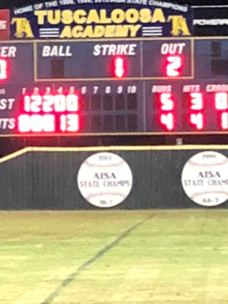 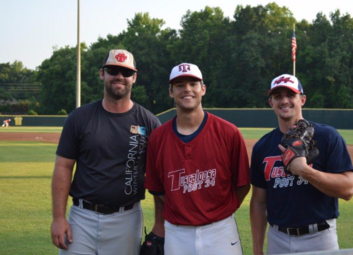 What a great game last night, thanks to all the Alumni and fans who showed up to watch a great game. The Alumni held a furious rally in the last inning to almost niche their first win against the Sr team. Special thanks to our Alumni umpires Danny Matherson and Larry Mims , these guys have seen more baseball in West Alabama than anybody and really enjoy getting to see these players again.
Thanks to the players for making Post 34 the most successful baseball program in the Alabama American Legion.
Collin Jolly,Taylor Clemmons,Kevin Deese,Nick Vickerson,Landon Sartain,Kent "MVP" McGee,Grady Kelly,Tyler Davis,Carson Dockery,Matthew Langston,Trevor Sprowl,Zane Tyra,Eric Deese, Tanner Rose
Maybe next year...?
Coach Smalley 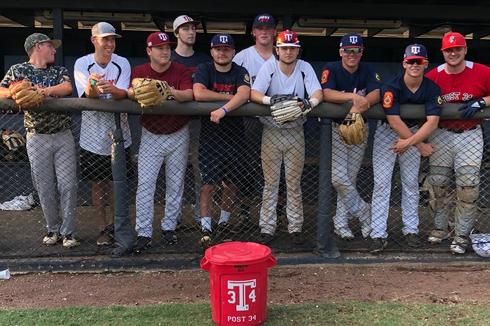 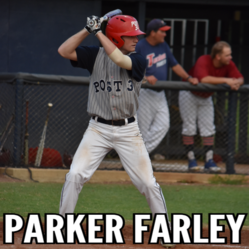 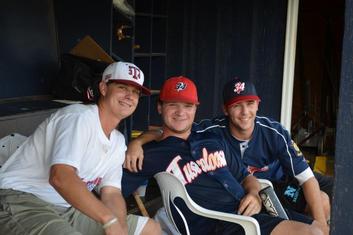 Baseball found this morning at Tuscaloosa amphitheater
Tuscaloosa police on patrol found a lone baseball this morning at the amphitheater with a "34" label. They contacted Coach Jack Smalley of Post 34 who identified the ball as the one hit by Nick Vickerson in last nights Alumni game. "That ball was still rising as it went by the flag in dead center field" Smalley said. "We wondered if it would carry the river or not, we were concerned it might hit someone's house and they would mistake it for a meteoroid".